This is a place to share and discuss rare and odd music/video, if there is any problem with a post or something uploaded, simply email mentallydivergentAVC@gmail.com and we will take it down. 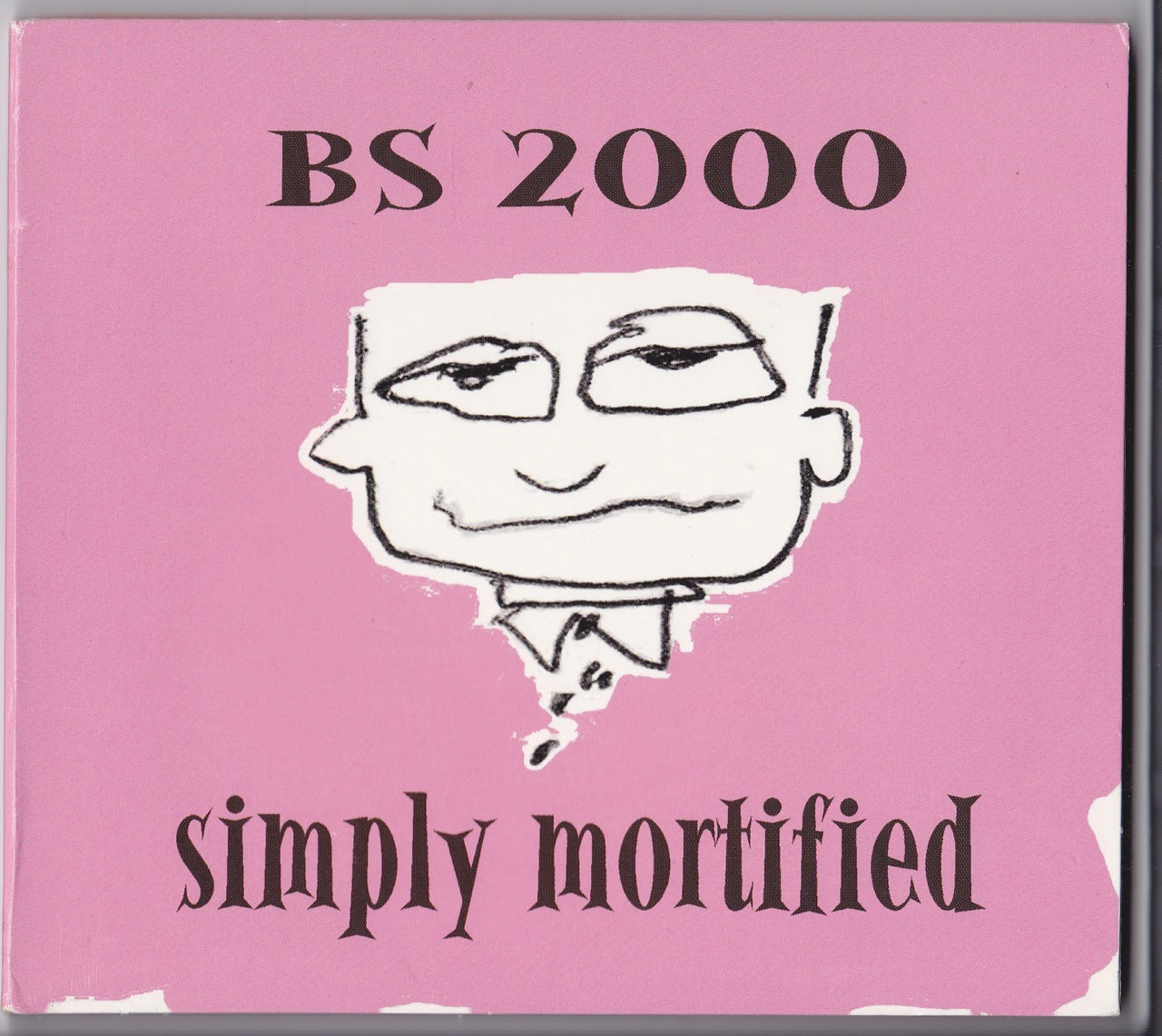 Oversimplified breakdown: BS2000 is Adrock from The Beastie Boys and the BB drum tech Amery "AWOL" Smith. It is spastic 8-bit synth/dance cheese.

In-depth explanation: Adrock was always my favorite Beastie. The pitch and attitude of his voice stands out among the others and pierces through with the sort of "fuck authority" sensibility I craved as a youth. To discover that he had a scream/yell 8-bit dance band was a shocking and glorious experience! I first saw that ugly album cover sticking out like a sore thumb at my favorite record store of the time, Danbury's VOLT. I remember being repulsed by the title, the color, the drawing of the guy. Basically the whole visual representation.

I learned many weeks after that first viewing just what this band was and who was in it. I believe I even saw the video for "Buddy" on late night MTV2, back when music videos actually got broadcast on TV!

Now I am not a guy who really likes synths. I see them as ornamental as a rule, with my preferences being heavy on acoustic pianos. I guess if synths are to be employed, I prefer them to be annoying/distracting to the fullest extent. This explains my early enjoyment of Atom and his Package. The songs/vibes were never serious, mostly self deprecating  and referential. The same feeling can be used in the enjoyment of this wonderfully weird, high energy 2nd and final album by BS2000. I would argue that more than 80% of this album is stellar, outstanding and entirely enjoyable. Most of the songs are about dances these guys came up with, which adds a real retro/meta aspect to it.

Simply Mortified was the final release through the Beastie Boys "Grand Royal" label, and while it is a point of contention there is speculation that this release was the final financial nail in the labels coffin. Grand Royal assets and back catalogue have since been "bought" by several fans and lives on as GR2 Records.


This is another album I just can't understand why it is so hard to find.